CAMBRIDGE—March 25, 2021. For two years prior to the pandemic, volunteers and organizers gathered every Sunday at Workbar in Central Square to participate in a range of activities from phone-banking, to postcard campaigns, to training sessions and group meetings. Now Many Helping Hands 365 (MHH365, My Brother’s Keeper Cambridge (MBK), and YWCA Cambridge have joined forces to relaunch Activist Afternoons—a weekly activist space for grassroots activists and volunteers interested in civic engagement and advocacy.

The first of the newly relaunched Cambridge Activist Afternoons will take place virtually on Sunday, April 25 from 3-5 pm with additional events to follow. Over the summer, the program expects to be able to offer small in-person gatherings outdoors as well as hybrid events. In each session there will be several different actions—volunteers are free to choose one or more and have the opportunity to learn from and network with other activists. 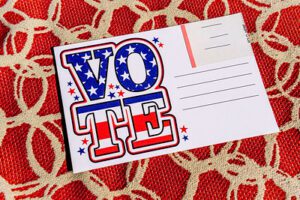 “For Many Helping Hands 365, Activist Afternoons is the perfect fit,” added Lori Lander, a co-founder of the volunteer organization which has organized the Cambridge MLK Day of Service for the past 11 years. “When people volunteer and grow to understand the real needs of their community, they don’t only want to help their neighbors—they want to change social conditions and improve people’s lives.”

“When people get into the habit of spending an hour or two each week advocating for change, they become empowered,“ said Niko Emack, My Brother’s Keeper Team Member. “They learn about leadership and become leaders themselves. And they see actual change happen—change that they had a role in bringing about. That’s  transformative. That gives people hope—and hope is how we make the world better.”

Volunteers interested in civic action can sign up for an invitation to the first event and get notices of future events at the Many Helping Hands 365 website Families, groups, and individuals welcome.

Activists who would like to lead an action at a future Activist Afternoon can also find more information on the website. There will also be an info session for activists planned for April to learn how to get involved with Activist Afternoons and jumpstart their efforts.